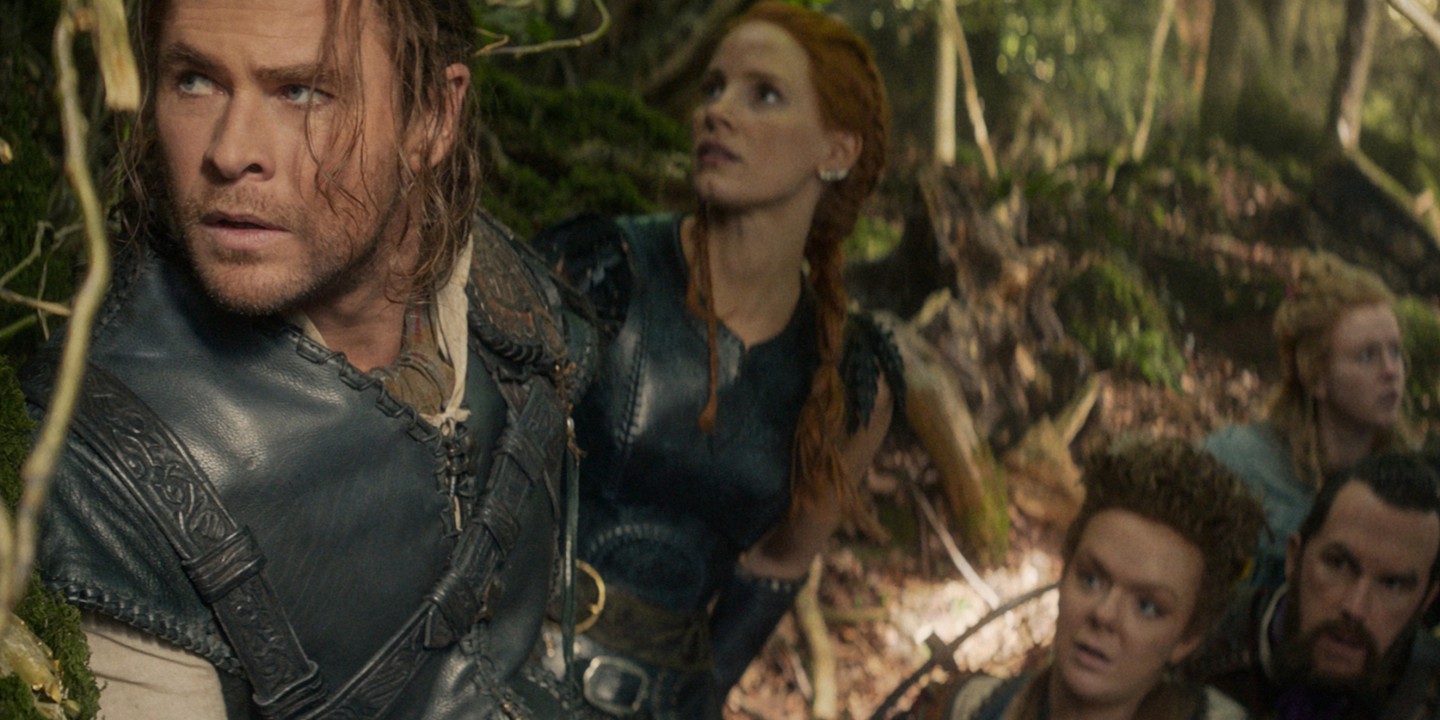 Liam Neeson narrates the bookended tales capping either side of this second Snow White.

The prologue finds the young Wicked Queen, Charlize Theron, gaining power and turning her little sister Emily Blunt to the dark side with a trauma that freezes her heart.

Blunt as Ice Queen builds an army of kidnapped child soldiers in order to rid the world of love. Sadly for her, even the most highly trained automatons cannot erase emotional pangs, especially when Chris Hemsworth enters the room. If he liked a duck, it would probably develop a serious crush. So, Thor’s blonde tendrils woo even the stoic fighter Jessica Chastain as he waltzes through with his band of merry men hoping to save the world for love.

The special effects scenes worked, perhaps because they included A-list actors in leather fighting each other: battle blades and arrows versus witching forces wielding weapons of ice, blood, fire and gold dust. This film felt a lot like the show Once Upon a Time in a tuneless Frozen recap minus the charming snowman and sisterly affection.

Can “true love conquer all?” Only if bad Scottish accents and too many poor attempts at comic relief don’t get in the way.