Reality TV becomes social political commentary in the 2012 film Hunger Games.  It’s a bruital Truman Show with show hosts, sponsors, and producers ruling like a mythological godhead. Then like in the Gladiatorial arena, the thumb lifts selecting life or death. 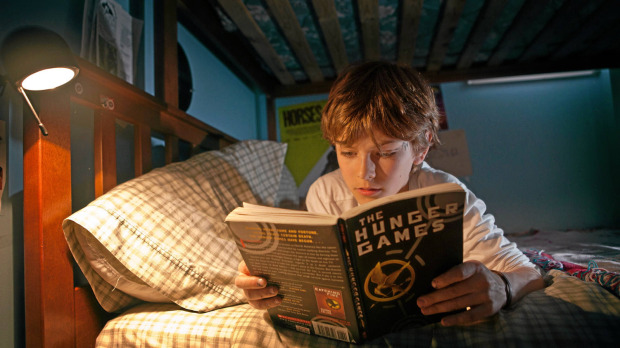 No. I haven’t read the books. Now I don’t think I can. I almost walked out of the theater three times. There I sat, knowing conceptually that the games were a Shirley Jackson-esque Lottery ending in murder, but the promise of a “bloodbath” was sure to be fulfilled and suddenly more than I could take. It felt like seeing Clint Eastwood‘s Million Dollar Baby. I knew it was about boxing, but I’d forgotten until I was sitting there in the theater that girls would be punching each other in the face. Certainly, the director handled the carnage in Hunger Games like a Bourne or Bond film with fast hand-held camera shaking around the action followed by a montage of dead children. Dead children. Children murdering children. That’s what this film is about. I’m wrecked, disgusted, befuddled. Why the hype? Why the encouragement? Why will we all take time to see this? From concept to box office, however, this has not been a hard sell. Why? 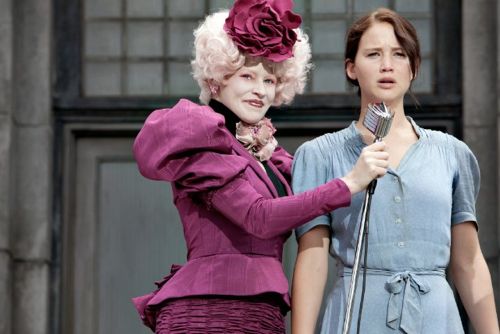 Okay. So, it’s brilliant. It’s a could-be post-apocalyptic America. It’s the French Revolution. The commoners must rise up against the aristocracy. Big Brother must not win despite his sci-fi magic dogs and hallucinogenic killer bees. So, the people must fight. Sacrifices will be made. A hero must rise up. The chosen hero is Katniss Everdeen. She will be a symbol of relief and freedom. She cheated the games – a true tribute. I love that she only fights defensively and ever out of mercy. We love her first for breaking small rules, for showing skills with a bow, for loving her sister, for parenting her family, for surviving. We love her would-be boyfriend for loving her, for his beauty. Oh, that Hemsworth family… 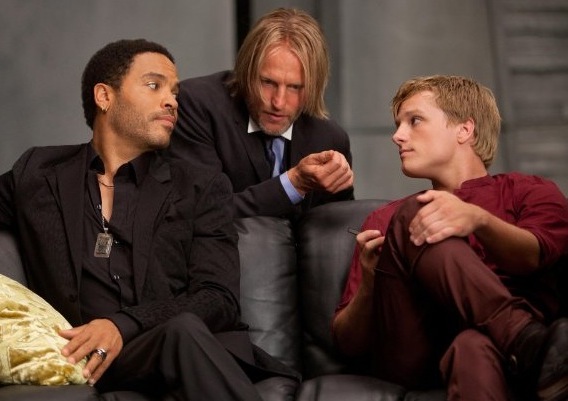 Casting is possibly perfect. Woody Harrelson endears himself like he hasn’t since Cheers. His character redeems the story – a true mentor who knows well the special world of the arena, a true coach and friend. I like that his character is messy, honest, crude, and trustworthy.

Lenny Kravitz steps in as the stunner with heart.Stanley Tucci, as usual, can do no wrong. Wes Bentley‘s facial hair stands alone. I love him. Well done, costuming and make-up. 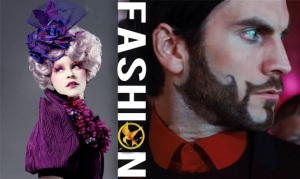 Even young Josh Hutcherson stands out as a precious Peeta. I believe that he loves her and always has. Lovely. And, Jennifer Lawrence remains the new it girl.

Donald Sutherland, as always, gives the cast credibility. I’d cast him as F.D.R. someday, the beloved father and strong politician. These characteristics make Sutherland a viable villain as well. He calmly tends his roses as we figure out that he‘s the thumb calling life or death. He’s the dictator offering a socialist hope while disguising a communist regime.

The quintessential line of the film is his. He comments that the only weapon greater than fear is hope. Katniss represents the hope for the common people, those still starving to death in prison camps beyond the gates of the golden city. War will be the inevitable outcome of these Hunger Games, but I hope the war doesn’t manifest off-screen in evermore gratuitous youth violence. 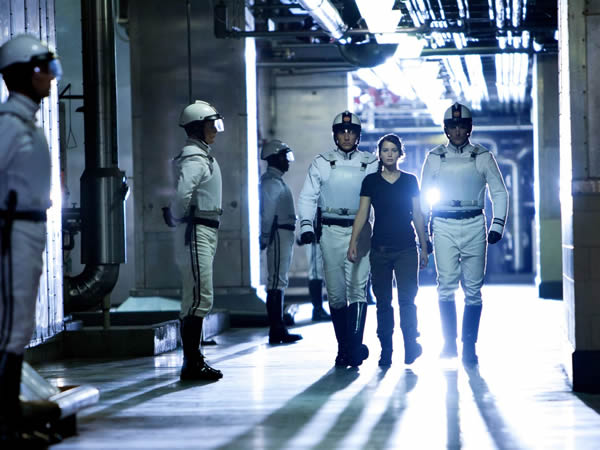