Worth the $12 ticket, director Marc Webb hosts an amazing team of A-list actors and special effects crews to bring audiences a stellar sequel. I’m not usually in love with sequels, but the pacing of Spidey’s action to exposition ratio feels equal here. I have no complaints. Build + action = symphonic and explosive art. These actors belong on screen, a delight to watch.   A well cast team gives the film believability and validity. 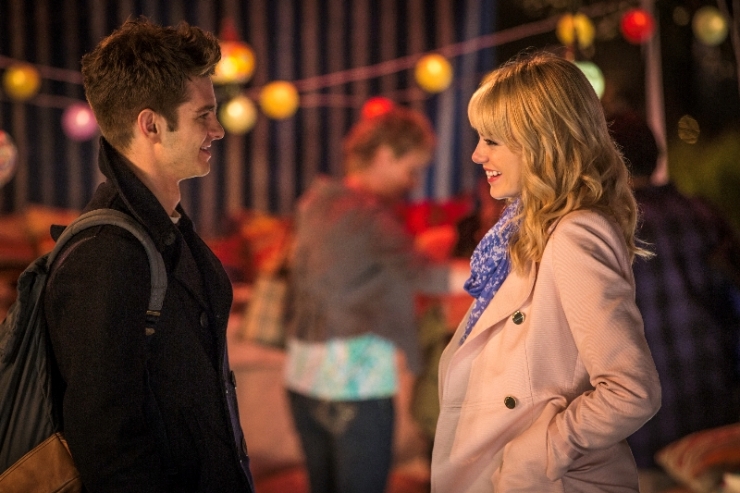 It helps that I’m an Andrew Garfield fan. He makes a viewer comfortable with his levels of felt emotion. He makes us hurt with him. Even the new Harry Osborn (Dane DeHaan), bitter rich kid with inner angst, reminded me of a young Leo DiCaprio. Very similar bravado. 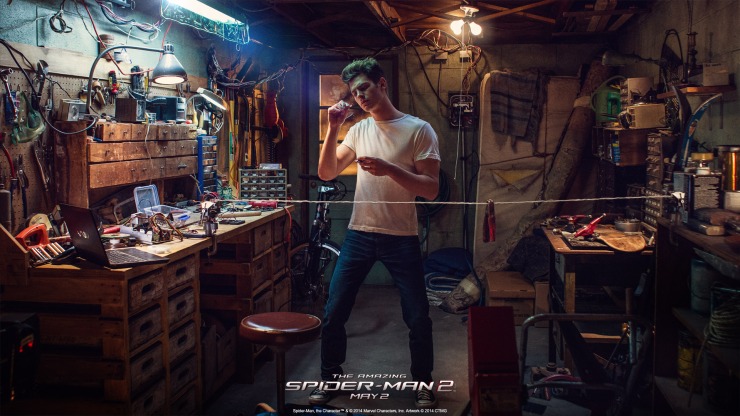 I’m wondering why serious actors have to make desperately vicious or perverse films to be considered for their craft. The residents of Osage county screamed over a dinner table and earned Oscar noms, but not the character actors stunting on primary colored backdrops. The Emma Stones have to break up with their Spider-Man boyfriends believably in front of uber critical distract able teen audiences. Is that not award worthy? Plus, if you haven’t seen Emma Stone’s lip sync battle with Jimmy Fallon yet, you are in for a treat. (https://www.youtube.com/watch?v=bLBSoC_2IY8)

Jamie Foxx is an incredible actor. He won the Oscar in 2005 for his performance in Ray (2004) . I was fortunate enough to catch the Ebony Magazine premier of the film Ray in LA, and his portrayal was indeed awe-inspiring. Pained, drug-addicted, cheating, and sorrowful but awe-inspiring nonetheless. Yet, the seemingly simple and fun-to-play character role of bumbling Max Dillon turned Electro in  Spider-man 2 was brilliant. He provided the development of character necessary to incite pity. Pure Frankenstein.

This film allowed us time to understand the monster and to evaluate the hero’s role in that moral dilemma. That’s no child’s play.