This is battle. It’s the surging rush, the scavenging rescues, the silence of the skies broken by bullets and blasts.

We wind down the empty streets of the town of Dunkirk onto the terror-laden beaches following one young man. He’s too young. He’s unassuming. He’s fearful but bold. Waiting on a beach with 400,000 men, waiting for unpromised relief and rescue. It’s too early in the war for Churchill to relieve them. They are sitting ducks.

Wandering the beach means attempting to catch a floating vessel on rough seas when the tides are right. It means floating away only to be taken out by torpedoes or bombs from the air. It means restless lines of hopeful men surviving minute by minute until help can arrive.

And it does. Help drives toward Dunkirk in small yachts and cruisers driven by men and women who answer the British Navy’s call to help evacuate the soldiers. In this story, one older man and his young son set off picking up any that they can, saving lives from dim waters and death.

Christopher Nolan offers the world a masterpiece in this thrice-told tale. Capturing practical effects on film, utilizing thousands of extras, a large fleet of actual boats from the event, and the first ever hand-held IMAX camera, Nolan recreated one of the most moving true stories from World War II. 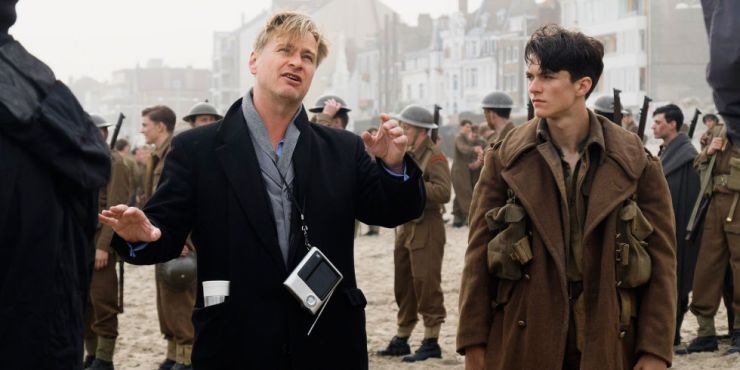 Hans Zimmer’s score ignites tension as it sets a heartbeat and a ticking clock just above the deadly waves.

I have not experienced this type of non-stop pace with so little dialogue since Mad Max: Fury Road, and the brilliant cinematography almost gives this film a Malick-esque feel, like Tree of Life offering visuals pieced out and reconnecting in a non-linear narrative. 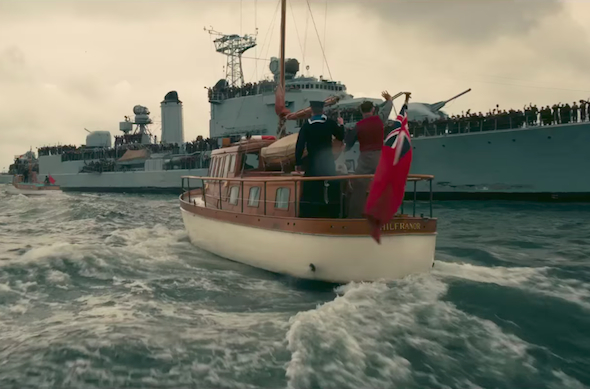 Capturing three human stories, we fight from land, sea, and air. We wash in and out of the fateful, frothy tide with the boy. 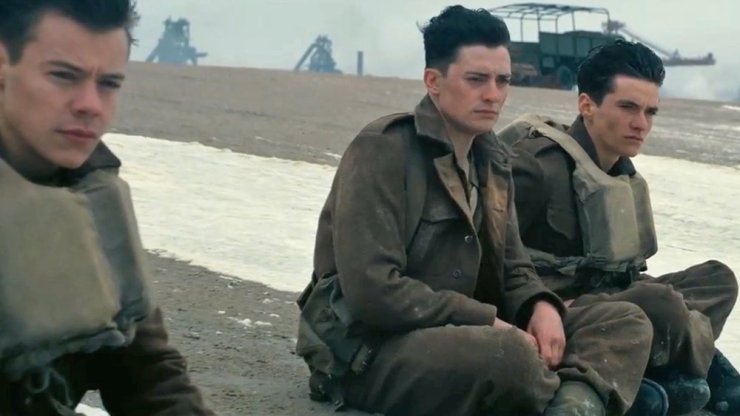 We maneuver through the waters of the English Channel with the older man whose own face is creased with a torturous understanding of battle, empathy, and loss.

And we dash the horizon in the cockpit of a fighter plane attempting to gauge fuel and ammunition levels while chasing the nazi fighters picking off the boats and lines of waiting men.

It was too early in the war to send help to these beaches. It was years before the battle would find its way to yet another French beach called Normandy. This story is tragic but redemptive, both exhausting and exhilarating.

Too many men lost their lives in those short days, and if civilians hadn’t risked theirs and utilized what they now attribute as their “Dunkirk Spirit,” the war could have gone very differently.

Here is an interview with the director Christopher Nolan, and another article offering perspective from a veteran who experienced the evacuation at Dunkirk.

If you’d like to read more on the Battle of Dunkirk, or on the making of this film (linked here).