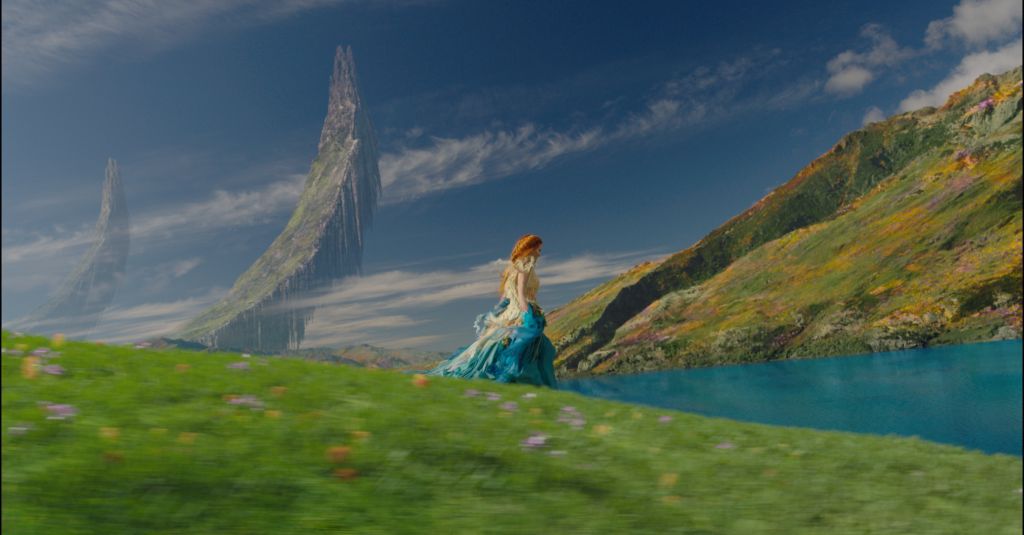 I respect that Chris Pine brings his good game to a children’s film with as much resolve and intentionality as he does his more serious adult roles. There were moments of his Hell or High Water type performance even in Wrinkle. Pine’s face graces the screen enough to almost erase Mindy Kaling’s awkward line deliveries and boxy gowned running scenes over CG grassy knolls to meet Oprah and Reese Witherspoon, who both basically play themselves.

The tone is playful, childlike. It’s like a Spy Kids mission to save the father who got lost in another dimension.

The costumes are stunning, bold, and bright like a Project Runway finale.

Storm Reid is the young actress who plays Meg. She is believable, vulnerable, lovely.

This was my favorite novel growing up. I delighted over every one of Madeleine L’Engle’s paragraphs detailing the adventure with Meg the dreamer, meg the feeler, Meg the insecure but capable girl. School days felt odd and long then, and I longed for the stargazing rock where she would go to contemplate the universe and fixing its problems. Charles Wallace, precocious and kind, too often caught up in his own world, always supported his misfit sister.

And Calvin the sad boy with a lion’s heart and more patience than most somehow joined in on the journey. In the book there is a flying horse – a pegasus, a stuttering witch woman or three (much like the Fates of Greek myth), a dog who understands, and a feverish fight against the It of darkness.

Somehow sitting in the theater through this hour + music video with a plot felt like a counseling session as each character took a turn cupping Meg’s face to remind her, with tears in their eyes, to believe the truths about herself and to run from lies. You are special. You are valuable. You are wanted. You are smart. You are enough. You are loved.  That feels like time well spent.