Emily Blunt requires no introduction. She is a stand alone class act, so set her next to a seasoned professional the likes of Ewan McGregor and you see the execution of story on-screen in believable complexity. Every glance on camera becomes a moment, every scene a dive into vast depths of character.

These actors allowed a slow and disconnected script its chance to soar a bit before sinking again beneath the depths of forgettability.

Faith was a major theme in the film. People of both faith and science found kindred community in the love of fishing.

Tolerance a token rebuke, this film preached peace through faith and forgiveness. Important truths, lovely sentiment, but lacking directive for faith in something or someone specifically. The sheikh pronounced faith in God, but otherwise mentored the broken individuals with a curious concept not a concrete one. I did love his character, though. Certainly, we want to be questioned, not preached at. But this vague religion is too much intermingled with politics to present a proper question worth pondering.  Perhaps the sheikh meant faith in fish. This film had the bird watching pace of Big Year and the propaganda elements to near Happy Feet levels. Perhaps it could be construed as an anti-government piece …red tape and all that.  This British film push ideas without structure, and unfortunately feels too deliberate and disorganized to be truly thoughtful.

I loved the song in the closing credits: “Where you go” by the young Romans band. 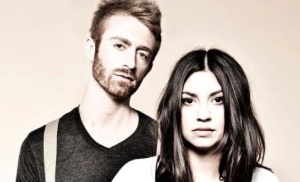