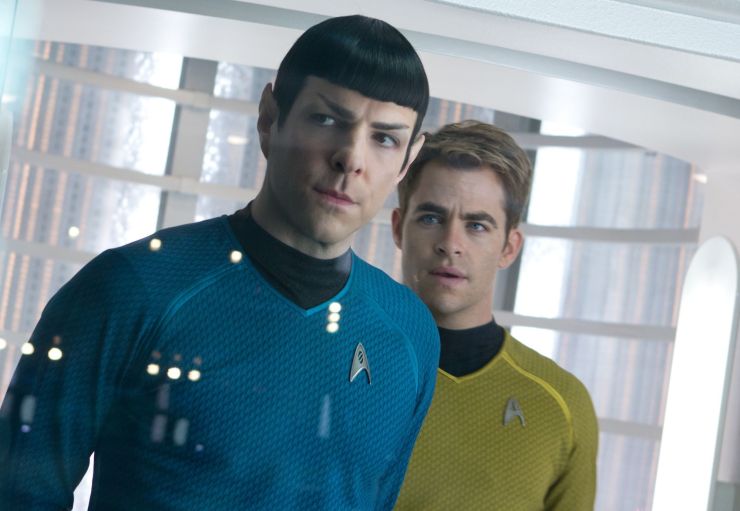 We are here as witnesses to one another’s stories. Some stories I just wouldn’t want to miss. This film excavates human emotion while exploding (quite literally) on-screen. I love JJ Abrams. He understands my need to connect with the characters and my almost equal desire for on-screen action. He took the Trek dynasty to another level. My expectations, though very high, were more than met. I felt lucky to witness this. 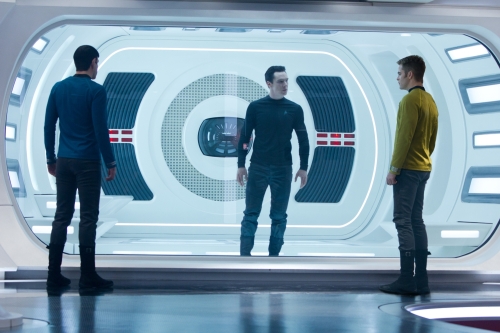 Lessons in leadership: I swear it was like watching Twenty-seven Secrets of Highly Effective Leaders onscreen (…I made up that book title FYI). ie…Sometimes we must fight the instinct to go out guns blazing and instead trust the people around us to use their gifts to work together in order to win the day.

Favorite moments: The heartbreaking wordless scene near the beginning felt “Up“esque in its ability to tell a visual story. Beautiful. Brilliant. 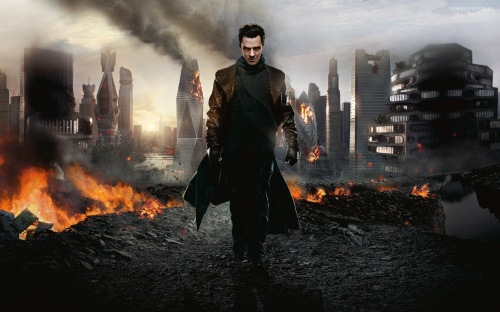 Music in Film: I love Giacchino’s scores. I’m always listening for LOST moments in his sound.

“Stop with the metaphors, Bones!”:  What did they say in the special featurette of the first JJ Star Trek film (2009)? …something to the tune of “Star Trek has always been beautiful classical music. Star Wars is rock and roll. We wanted to combine the two.” That’s what they’ve done with the new Trek films. There are so many gorgeous nods to old Trek, aka Tribbles, Spock yelling “Kaaaaaahhhhhnnn!” Oh, and that Cumberbatch… I just love it all.

In this next chapter, Captain Kirk’s story needed an arch. He HAD to play the classic pompous pilot ignoring his mentor’s pleas for humility, fight an impossible battle, and sacrifice for the good of the many. What happens when we must bury our mentors? Perhaps the last lesson they taught becomes the loudest voice, the unsolved mystery, the final fight left unresolved. Frodo had to go on alone to deliver the ring. Superman had to find his birth father to fulfill his destiny. Skywalker had to become a Jedi against all odds. Each of us must listen to our mentors, make choices, and learn from our mistakes. Sometimes we must venture into the darkness of our own hearts to recognize that even heroes need saving. 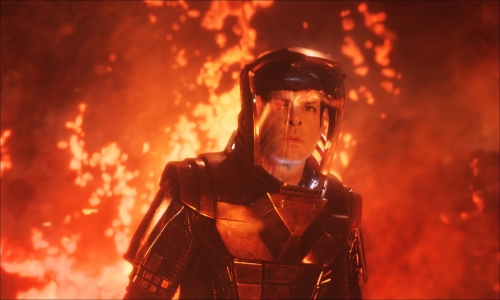