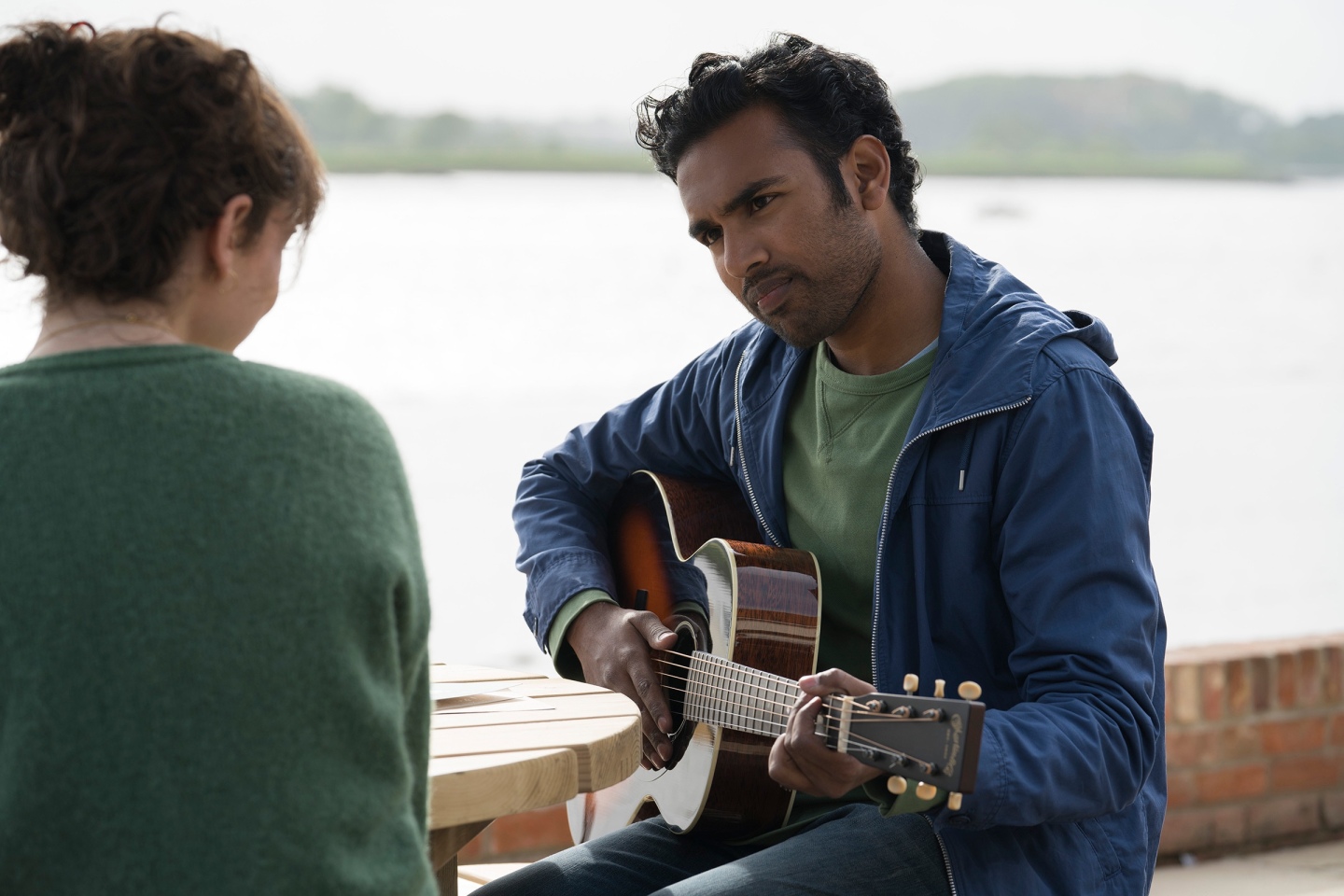 (from left) Ellie (Lily James, back to camera) and Jack Malik (Himesh Patel) in Yesterday, directed by Danny Boyle.

to a world with no Beatles.

In short: See this sweet British rom com that is unapologetically syrupy with a quirky premise that sways honest and endearing. If you like Beatles music at all, you’re sure to love it.

Director: after Slumdog Millionaire, Steve Jobs, and Trainspotting, Danny Boyle jumps into a pillow plush genre to prove that he can parade in the lighthearted RomCom as well as he can the darker

Actors: Himesh Patel stars, showing off his prowess as both actor and musician. Lily James, too, plays the likable teacher, girl-next-door, pretty face who believes in him when he’s a clumsy nowhere man. Anglophiles will both get their fill and be delighted by Ed Sheeran’s lengthy screentime.

Basic premise: What if you, a talented and hopeful musician doing tiny shows at dive bars and county fairs woke up one day as the only person who has heard of the Beatles? You’d “write”and perform hit songs, make it big, struggle with the pressures of fame only to, like Dorothy, conclude that there’s no place like home.

Audience: A film for friends, families, and music fans alike. It’s a quick jaunt on tour in a sweet film that ebbs gradually through the playlist of favorites, tokening titles with memorable, laughable moments.