Ask what is real.
Fight IRobot Storm Troopers.
Rescue Biel.
Save the world.

It’s a fiery-paced action ride with trust issues. Watch it if your hungry for 100% action and a decent amount of facetime with Colin Farrell.

I’m not exactly sure where this next bit came from, but I imagined that a film like this would be quite a shock to the system of an ancient literary figure. So, I attempted to write a review from the mind of a favorite poet. Here are her potential thoughts on this film:

Emily Dickinson at the movies

If I see a film and it makes my whole body so cold no fire can warm me, I know that it is sci-fi. 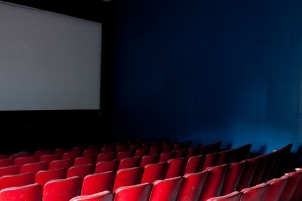 In darkened room I waited

For frame to frame unfettered

Seemed so happily in love

That I thought I oughtn’t spy them there 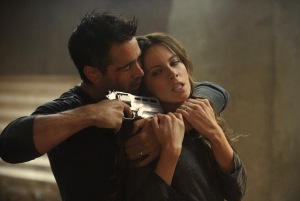 But they seemed yet undaunted

by my own presence there;

we were drawn in fast by sudden pace

The future in my present

Some men seemed made of steel,

And women swarmed and mannish moved

Demonstrating how I feel.

To fight for men, for causes yet

To sense the pressured pulse,

I was confused, but centered still,

Made stronger by the rush.

I know not when I’ll see again

Such glow of pace and force,

But God himself must meet us there

When future is past once more.